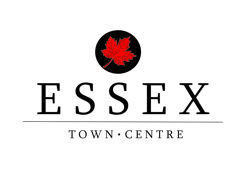 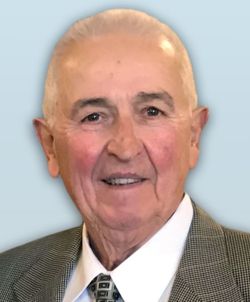 March 28, 1944 - June 23, 2022 It is with broken hearts that we announce the sudden passing of our beloved Patriarch. Remo died peacefully surrounded by his loving family on June 23, 2022. Devoted and loving husband of Fernanda (nee Silvaggio) with whom he has enjoyed nearly 50 years of marriage. Loving father and mentor to Pietro (Darcie) Valente, Gabriel (Bobbi-Lynn) Valente and Amy-Lynn (Matthew) Sarkis. Cherished and proud Nonno to Gianni, Alessandra, Matteo, Gabriella Valente, Emilia and Alessia…
VIEW ALL

ABOUT THE FOUNDER OF VALENTE REAL ESTATE 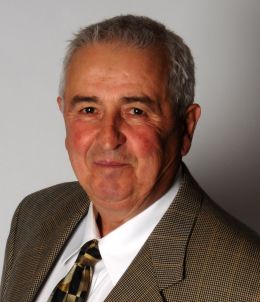 Remo was the youngest child born to Pietro and Emilia Valente.  Remo was born in a bomb shelter in Sora, Frosinone Italy during World War II on March 28th, 1944.  Times were tough for the Valente family since 3 months after Remo was born his father passed away suddenly and the family had to pull together to make ends meet.

1955 Remo departed from Naples aboard the Saturnia Ocean-liner.  He left with his Mother Emilia and his sister Lina and had to leave his older brother Mario behind as they did not have enough money for him to come at that time.  They arrived in Halifax, Nova Scotia where they boarded a train to Toronto.  When they arrived in Toronto they were greeted by Remo's Uncle and he then drove them all to Windsor- their final destination .

His first job as an adult was a Tool Maker for International Tools and Binder Tools but then decided this wasn't the career for him and in 1970 Remo got his real Estate Licence and put his whole heart into the job that he was born to do.  He first worked for Mann and Martell (United Trust) and then became one of the "Pedler People" at Bob Pedler Real Estate and was an instant success becoming Lion of the Month (Top Producer) month after month and always yearning for more.  By 1972 Remo was the ultimate Top Producer for Pedler selling an astonishing $1,139,693 which was far above any other sales person in the company.

In 1973 Remo decided to take the ultimate chance and open up his own company Remo Valente Real Estate.  He rented an office at the corner of Howard and Tecumseh and his rent was $235/month at the time.  Eventually he recruited 6 people to join his new office and soon after they grew out of the building when approximately 20 people in total had joined the Valente Team.  They then moved their offices to the Angileri Brothers building.

In 1979 Remo purchased a donut shop at the corner of Dougall and West Grand and that became Valente Real Estate's new home.  The company eventually grew so large in size that they had to place 2 additions on the existing building and this is where Valente still resides today.  In 1990 the company was so successful it became a corporation:  hence the name today Remo Valente Real Estate (1990) Limited.

In 2001 Remo decided to let the second generation take over the company handing the reigns over to Pietro, Gabriel and Amy-Lynn.  Pietro became the Broker/President of the company and has continued to grow the success of Valente Real Estate.  Under his direction the company grew by 33% in size and has moved into becoming Windsor's first One Stop Real Estate Source with addition of the company owned Mortgage Centre Franchise.

Amy-Lynn and Gabriel are now Real Estate Agents with hopes of becoming even a fraction of the success that their father became.